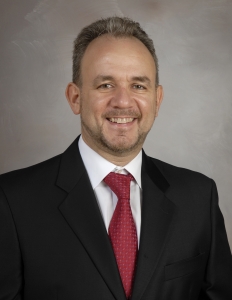 Rodrigo Hasbun, M.D., M.P.H., obtained his medical degree at the Autonomous University of Central America in San Jose, Costa Rica in 1991. He then completed his internal medicine residency at the University of Texas Medical Branch in Galveston in 1994. Dr. Hasbun then went to Yale University for 5 years for a fellowship in Infectious Diseases and Clinical Research by obtaining a National Research Service Award grant and by enrolling in the Robert Wood Johnson Clinical Scholars Program. During this time, he conducted studies in meningitis and endocarditis that have been incorporated into national guidelines. In 1999, he joined Tulane University in New Orleans where he obtained an MPH in Clinical Research and received an NIH K23 training grant to study adults with the aseptic meningoencephalitis syndrome. He joined the University of Texas Medical School in September 2008 and has validated and expanded his meningoencephalitis study to multiple centers and to the pediatric population. He has also obtained funding from the Baylor UT CFAR to study HIV associated neurocognitive disorders and is co-investigator of the R01 funded West Nile encephalitis cohort study and the U24 funded National Neuro AIDS Tissue Consortium.

Approximately 50-70% of patients admitted to the hospitals in the United States with meningitis and encephalitis go home without a cause identified for their illness. In developing countries such as Costa Rica the proportion of patients with undiagnosed causes reaches 90%. The large proportion of unknown causes coupled with the relatively lack of experience of physicians with treatable causes such as bacterial meningitis has fostered admission, empiric antibiotic therapy and cranial imaging in the majority of patients. We propose clinical models, appropriate use of current diagnostic tests, and explore the use of novel diagnostic techniques such as multiplex PCR to increase the yield and stratify the management of patients presenting with these challenging syndromes. 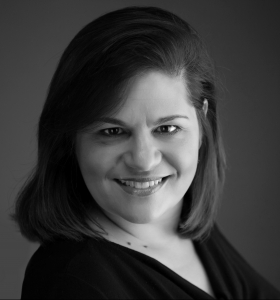 Anna C. Dragsbaek, JD became aware of the critical role that vaccines play in the health of communities when working in a rural hospital as a Peace Corps volunteer in Sierra Leone, West Africa. She later pursued and completed her law degree, specializing in Public Health Law, at the University of Houston while working as Manager of the Immunization Project at Texas Children’s Hospital.

In 2008, Anna became President and CEO of The Immunization Partnership, a nonprofit which promotes the importance of immunization through advocacy and education to individuals, community partners and healthcare providers.

Anna is very committed to the local and international community, holding past and present board positions on the American Immunization Registry Association, The Confederation of Meningitis Organization, American Leadership Forum, and the Texas Lyceum. She has been published in several peer reviewed journals, and has received numerous awards, including the CDC Childhood Immunization Champion Award for promoting and fostering childhood immunizations. She was also the recipient of the 2013 Episcopal Health Foundation award for Community Health Leadership.

Anna is the proud parent of two boys, who are both fully immunized.

This presentation will discuss the evolution of the current day anti-vaccine movement internationally and closer to home. 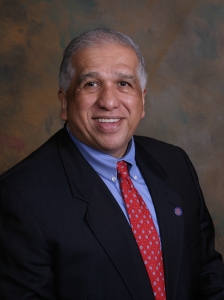 Dr. Adan Rios, Associate Professor at the Division of Oncology of the UT Medical School, was born in the Republic of Panama and received his training in Internal Medicine from the Gorgas U.S. Army Hospital in Panama. His training in Medical Oncology was done at The M.D. Anderson Cancer Center. In addition to his expertise in General Oncology he has a particular interest in the use of Biological Response Modifiers for the treatment of cancer. He is recognized for his work in virally–associated malignancies including HIV-related malignancies. Among other recognitions, he is a recipient of the M.D. Anderson Distinguished Alumnus Award and of the George Washington University Presidential Medal.

We have demonstrated the use of a targeted inactivation of HIV reverse transcriptase using a non-microbicidal ultraviolet wave length irradiation of a photo-labeled non-nucleoside reverse transcriptase inhibitor. We have completed multiple successive inactivation of different suspensions of HIV viral particles. Different groups have unambiguously identified the transmitted or early founder env genes of viruses responsible for establishment of a productive HIV infection. Transmitted/ founder viruses are neutralized by the initial autologous neutralizing antibodies of germline or unmutated common ancestors antibodies, (UCAs). With the availability of clones of transmitted/founder viruses and of new methods of HIV inactivation preserving HIV antigenic structure we foresee the possibility of creating an inactivated polyvalent vaccine with the most frequent subtypes of transmitted/founder viruses. Given the current status of HIV vaccine development there are compelling scientific and moral justifications to fully explore the “killed” (inactivation) approach to the development of a preventive HIV vaccine.

The economic impact of tick-transmitted diseases throughout the world is staggering affecting humans, domestic animals, livestock, and wildlife. Ticks have a high reproductive potential, few natural predators, can live for several years, and feed on multiple vertebrate hosts. There are two general types of ticks, soft and hard shelled. Our lab studies soft ticks in the genus Ornithodoros, which transmit relapsing fever (RF) spirochetes and African swine fever (ASF) virus. RF spirochetes are globally distributed and cause recurrent febrile episodes, uncontrollable chills, nausea, vomiting, and some species cause an untreated mortality rate. ASF virus is an emerging pathogen causing lethal hemorrhaging and is a significant threat to the food industry. Through an interdisciplinary approach, our work is beginning to understand the tick distribution, pathogen transmission dynamics, and disease impact on human health. 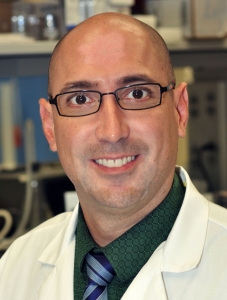 Dr. Rojelio Mejia is Assistant Professor of Infectious Diseases and Pediatrics at the National School of Tropical Medicine, Baylor College of Medicine. Rojelio received his medical degree from Michigan State University-College of Human Medicine in East Lansing, Michigan. He completed a Research Pathway Internal Medicine training program at the University of Virginia Hospital in Charlottesville, Virginia and went on to an Infectious Diseases Fellowship at the National Institute of Allergy and Infectious Diseases, National Institutes of Health in Bethesda, Maryland. He completed his lab training in the Helminth Immunology Section at the Laboratory of Parasitic Diseases. As Chief of the Laboratory of Clinical Parasitology and Diagnostics, Dr. Mejia’s research interests include molecular diagnostics of neglected tropical diseases and host defense mechanisms, specifically on gastrointestinal parasites such as Strongyloides. Locations of research and collaborations include Ecuador, Argentina and Uganda. The Diagnostics unit is dedicated to using modern molecular methods to detecting parasitic infections in patients. We are currently investigating gastrointestinal parasites.

Impact of Parasites on Intestinal Microbiome and Morbidity in Children 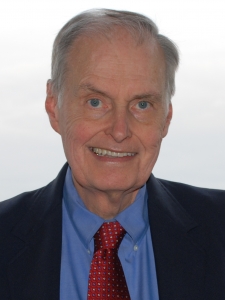 Herbert L. DuPont is currently Chief of the Internal Medicine Service at Baylor St. Luke’s Medical Center and Vice Chairman of the Department of Medicine at Baylor College of Medicine in Houston. He is also Professor and Director of the Center for Infectious Diseases, University of Texas School of Public Health and holds the Mary W. Kelsey Chair at the University of Texas Medical School in Houston. Dr. DuPont served as an Epidemic Intelligence Service Officer with the Centers for Disease Control and Prevention (CDC) in Atlanta. He has authored more than 700 peer reviewed scientific publications and edited or written 19 books dealing with infectious diarrhea. He received the Maxwell Finland Award for Scientific Achievement from the National Foundation for Infectious Diseases and the Alexander Fleming Award for Lifetime Achievement in Infectious Diseases from the Infectious Diseases Society of America.

Animals, People, and the Environment: “One Health”

Since 1976 we have seen a continual rise in emerging infectious diseases, mostly of animal origin to the point we are seeing nearly “a bug of the month” with Middle East Respiratory Syndrome (MERS) and Ebola being the last ones. We are exposed to animal pathogens through contact with pets and other domestic animals, wild animals and indirectly through contaminated food and water. A special problem is prion disease transmitted from cattle (bovine spongiform encephalitis). One health focuses on the interplay of animals, the environment and humans in emerging infectious diseases. Working on all fronts will be needed to control these infections.