Please click below for information about speakers in a specific track

Building Partnerships: Lessons from the Field 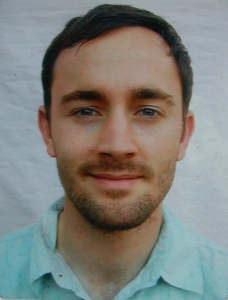 Isaac Holeman is a designer-researcher striving for global health equity. As an ethnographer and a co-founder of the social enterprise Medic Mobile, his work is about seeing through the eyes of the poor and marginalized and responding pragmatically. Lately he practices design and pursues research with Medic Mobile, as a fellow of the University of Edinburgh’s Global Health Academy and as a Gates Cambridge Scholar in innovation, strategy and organizations.

Millions of people who have never had access to computers, decent transit, or even the postal service have now begun using mobile phones. This growing infrastructure affords many opportunities to reimagine how we organize and deliver global health care. It also introduces challenges: digital innovations change so rapidly that their effects are difficult to capture in traditional clinical trials, and even promising trials often prove non-replicable. Rather than ignoring these inherent difficulties, this talk will present an alternative vision for meaningful innovation that embraces rapid change. Instead of highlighting innovative “things,” the speaker will propose human centered design as a process for fostering creativity and practicing moral imagination in the field of global health.

Dr. W. Lance Plyler is the Medical Director of the Disaster Response Unit at Samaritan’s Purse. Dr. Plyler is a native of North Carolina, and received his undergraduate BS degree in physical therapy and postgraduate medical degree in his home state at the University of North Carolina at Chapel Hill. He subsequently completed an internship and residency in internal medicine at the University of Colorado. Dr. Plyler has practiced medicine both domestically and internationally for nearly 20 years. He has been extensively involved in numerous major international medical relief efforts, including post-war recovery in Kosovo in 2000, post-earthquake and cholera responses in Haiti in 2010, refugee camp work in Yida, South Sudan in 2011-2012, and field hospital deployment post Typhoon Haiyan in 2013, to name a few. During his tenure at Samaritan’s Purse, Dr. Plyler has dedicated much of his time at enhancing the organization’s capacity for medical interventions and disaster preparedness. Most recently, Dr. Plyler spearheaded the Ebola medical response in Liberia and continues as the medical consultant for Samaritan’s Purse on-going work against the Ebola crisis. He was recently honored corporately with the “Ebola Fighters” as Time Magazine’s 2014 Person of the Year.

The Ebola Crisis: Overcoming the Odds

The West African Ebola epidemic has been unparalleled in terms of numbers and scope. Initially, the international humanitarian community lacked sufficient capacity to intervene and was late to recognize the threat. Logistical support, inter-agency coordination, funding, and trained medical response were wanting. The infection of two American healthcare workers finally captured global attention and served as a catalyst for change. Samaritan’s Purse found itself on the world stage advocating for West Africa and enhanced international humanitarian efforts. As world attention focused, progress toward a coordinated global response slowly occurred. Innovative clinical approaches and public health measures were implemented. Vaccine trials and novel pharmaceuticals were deemed appropriate given legitimate concern of spread to the world at large. Although far from over, the worst Ebola epidemic in recorded history has significantly abated as a result of dedicated response efforts. 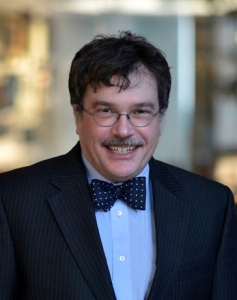 Dr. Hotez is an internationally-recognized physician-scientist in neglected tropical diseases and vaccine development.  He leads the only product development partnership for developing new vaccines for hookworm infection, schistosomiasis, and Chagas disease, diseases affecting hundreds of millions of children and adults worldwide.  In 2006 at the Clinton Global Initiative he co-founded the Global Network for Neglected Tropical Diseases to provide access to essential medicines for hundreds of millions of people.

He obtained his undergraduate degree in molecular biophysics from Yale University in 1980 (phi beta kappa), followed by a Ph.D. degree in biochemical parasitology from Rockefeller University in 1986 and an M.D. from Weil Cornell Medical College in 1987.

Dr. Hotez has authored more than 300 original papers and is the author of the acclaimed Forgotten People, Forgotten Diseases (ASM Press).

Dr. Hotez served previously as President of the American Society of Tropical Medicine and Hygiene and founding Editor-in-Chief of PLoS Neglected Tropical Diseases. He is an elected member of the Institute of Medicine (IOM) of the National Academy of Sciences and in 2011 he was awarded the Abraham Horwitz Award for Excellence in Leadership in Inter-American Health by the Pan American Health Organization of the WHO.

Before joining the faculty at Texas Tech, Dr. Sutton served in the Pres. George H. W. Bush Administration as Assistant Director in the White House Science Office and in the U.S. Environmental Protection Agency. In the White House, she was responsible for coordinating science and technology research programs at the cabinet level. After her White House service, Dr. Sutton was Executive Director of the Ronald Reagan Institute for Emergency Medicine where she led the development of the Institute’s research initiatives.

Most recently, Dr. Sutton was named to Governor Rick Perry’s Texas Task Force on Infectious Disease Preparedness and Response. The task force was created in response to the Ebola virus diagnosis in the Dallas area.

Ebola and the Shaping of U.S. and International Law

Whereas, the anthrax letters of 2001 are certainly the first global and national biosecurity challenge of the millennia; SARS(2003) and now Ebola (2014-15) are the first naturally emerging infectious disease challenges of the millenia to pose a threat to global biosecurity.  For the first time in history, the U.S. deployed American troops to respond to a disease that threatened global security and national security. The World Health Organization since 2008 has used the terms global security and national security in the context of threats of emerging infectious diseases as well as intentional acts of bioterrorism.  How will international law and U.S. law meet the challenges of the next global biodisaster?