Board of Directors September 12th, 2013 hghc

Dr. Brock is the Founder and Chairman Emeritus of Medical Bridges a nonprofit organization which collects and distributes medical supplies and equipment to the developing world. This organization is in its 17 year of sending supplies to over 80 countries assisting dozens of local organizations, TMC associated institutions and others to carry out their mission of bringing hope and healing to low resource countries. Dr. Brock is currently an assistant professor in the Department of Emergency Medicine at MD Anderson Cancer Center. Dr. Brock graduated from The University of Louisville School Of Medicine in 1983 and began her surgical training at Parkland Hospital in Dallas at The University of Texas program and completed her residency at the UT Health Sciences Center in San Antonio. After a 10-year career as a general surgeon and four children later, Dr. Brock turned her energies to raising her growing family. It was during this hiatus that the idea for Medical Bridges was born. Dr. Brock returned to the practice of medicine as a Clinical Instructor with Baylor College of Medicine in 2003 working in the Emergency Room at Ben Taub Hospital. She moved to MD Anderson in 2009.

Along with a group of like-minded physicians she founded the Wainerdi Global Health RoundTable in July 2012 which has now become a part of the Houston Global Health Collaborative.

Dr. MacFadyen graduated from Hahnemann Medical School in Philadelphia, Pennsylvania in 1968. He did his general surgical residency at the University of Pennsylvania and completed his training at the Memorial Hermann/University of Texas Medical School in 1974. He remained on staff with the University of Texas and became Professor of Surgery. In 2002, he went to the Medical College of Georgia as Chairman of Surgery and returned to the University of Texas Medical School in Houston in 2012 as Professor of Surgery. His primary surgical interests include general surgery, laparoscopy and minimally invasive surgery, flexible endoscopy and nutrition. His interest in global surgery began in 1972 doing medical work in rural Mexico and eventually in Africa, Asia and South America. Presently, he is actively involved in surgical training programs in Africa (Pan African Academy of Christian Surgeons) which has 45 residents in training in 5 year general surgery training programs.

Dr. Caplan is part of a large family of Houston physicians.  After medical school at UT Southwestern in Dallas, he completed his surgical residency at the affiliated hospitals in San Antonio. Starting practice in 1985, he has spent his entire career in the Texas Medical Center, and has based his practice for over two decades at Houston Methodist Hospital.  He practices a wide spectrum of general surgery including endocrine surgery, surgical oncology, hernia and complex abdominal wall problems, laparoscopic and robotic surgery.

In addition to his clinical practice, Dr. Caplan is a staunch advocate for medical education and global health.  He has an interest in capacity building in global surgery and coordination of TMC institutions efforts in global health.  Dr. Caplan is involved in the first American College of Surgeons pilot to improve the training of surgeons in Ethiopia.  He has also made 7 mission trips to Haiti and has worked with Faith in Practice in Guatemala. 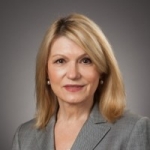 Dr. Ferguson is the clinical administrative director of the Nellie B. Connally Breast Center at MD Anderson Cancer Center in Houston, Texas.  She is responsible for all clinical and business operations of a large, ambulatory breast cancer oncology center.  She has an extensive background in healthcare operations, quality, safety, and regulatory compliance. Her doctoral work focused on increasing the physical activity of a rural population in south Texas. 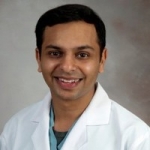 Rohith Malya MD MSc FACEP is a Clinical Assistant Professor of Emergency Medicine at UTHealth and UTMB and a founding board member of the Wainerdi Global Health Roundtable at the Texas Medical Center. He is a past Chief of the Division of Global Health and Global Health Fellowship Director at the UTHealth Department of Emergency Medicine. He is an advocate for the development of emergency medicine in Asia Pacific, and his research interests center on the care of cardiovascular and neurovascular emergencies in resource-poor settings. 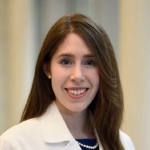 Seeing that there were gaps in contemporary general surgical education for those planning to practice in resource-limited settings, Dr. Rachel Davis envisioned and created the Baylor College of Medicine Global Surgery Track. Since 2014, she has worked with the BCM Department of Surgery to develop educational opportunities in global surgery for students,
residents, and professionals. Now in her second year of Global Surgery Fellowship training, Dr. Davis has operated in Ecuador, Guatemala, Malawi, Mongolia, Nepal, and Tanzania, and has worked with Dr. Walt Johnson in the area of Emergency and Essential Surgery at the World Health Organization. She completed her MD at Baylor College of Medicine,
and has been inducted into Phi Beta Kappa, Alpha Omega Alpha Honor Medical Society, and the Gold Humanism Honor Society.

Jessica Lin is currently a fourth year MD/MBA student at Baylor College of Medicine and the Jones School of Business at Rice University. She grew up in Southern California and graduated from Pomona College, where she majored in Neuroscience. Jessica served as the co-chair of Houston Global Health Collaborative’s 2018 GLOCAL Conference. She became interested in global health during college and medical school, where she participated in medical trips to Central America and Asia. She is particularly interested in building sustainable healthcare infrastructure in underserved areas.